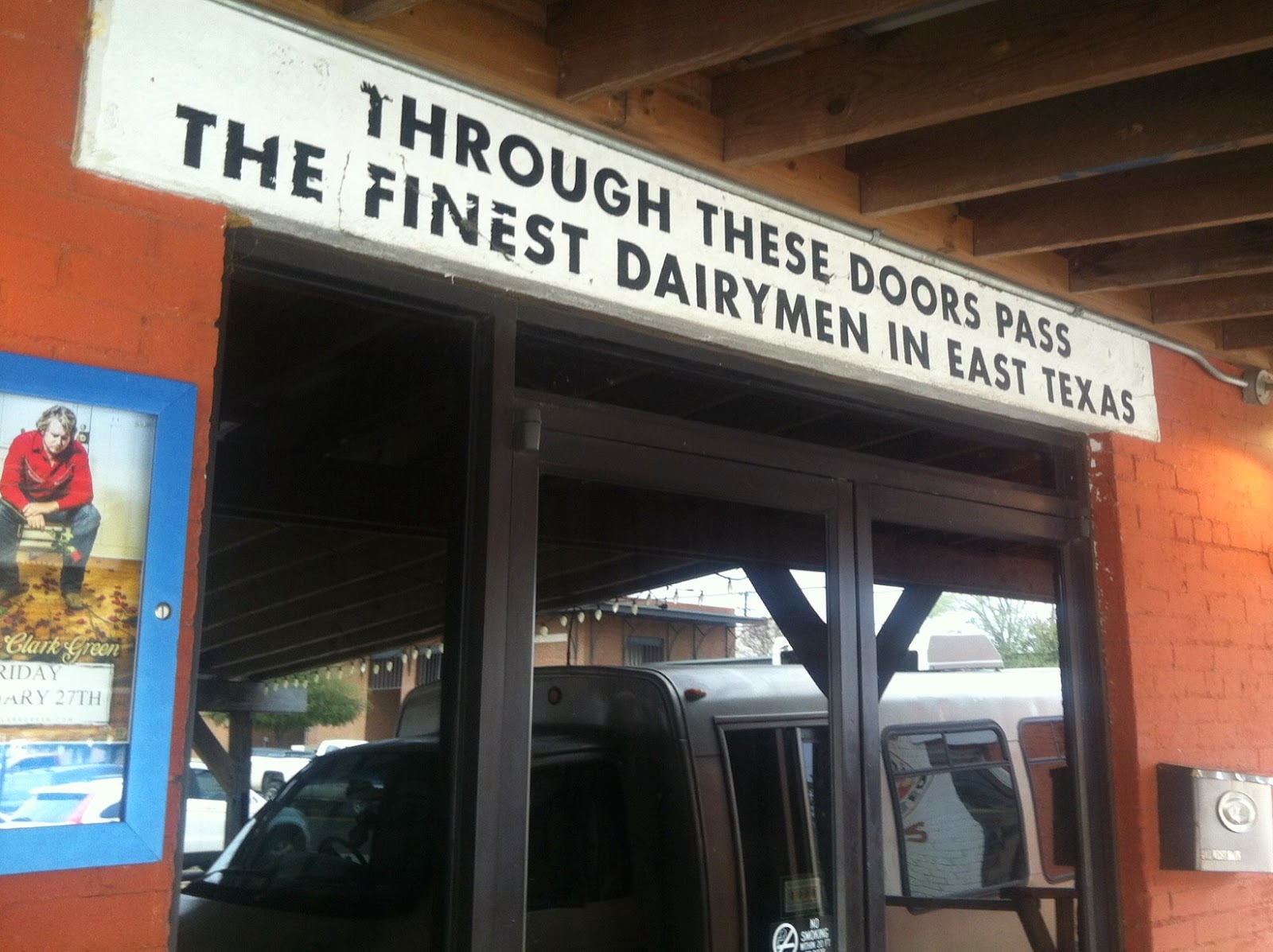 I took a recent walk in the “oldest city in Texas” and learned our Spindletop was a baby, because the state’s first oil well was drilled in 1866 in Nacogdoches county. Port Arthur News fans may be interested to know the city claims Texas’ first newspaper set to type in 1813 and the first two-story building, which was the Old Stone House, circa 1779. Here’s my favorite, and it tops their list, too. The state’s first recorded ceiling fans were in a downtown drugstore. A mule-drawn treadmill outside the building turned mule-drawn fan blades.

National Tourism Week  is May 2-10
Travel brings dollars to America and people do love the great state of Texas, for both travel and business.
During this week, thank your hotel, restaurant and attraction workers. Think about taking a road trip and exploring your area. They come to see Southeast Texas for birding and fishing in Sabine Lake.
One of my Texas bucket lists is Big Bend. Hit the road and tell everyone how much fun you had.

Facebook and travel
Here’s another way to promote tourism: Post your trip.
I was tickled to see a friend’s vacation photos looked exactly like mine. She was on the same beach with the same view. I read up and saw she took a cruise with the same route as had just taken. Remember when people used to show slides of their trips at parties? Now everybody can see what you’d like to share and spend as much or as little time as they’d like with it.
The best part is that you can private message friends to get the scoop on restaurants and places they visited. I saw someone had been to New Orleans and not some word on places I want to experience myself.
Always use caution when sharing  personal information. Some don’t post where they have been until they are back home.
darraghcastillo@icloud.com
Posted by The Port Arthur News at 6:25 AM No comments:

Why I didn’t get the Häagen-Dazs

Why I didn’t get the Häagen-Dazs
A large portion of my Easter Sunday was spent on the couch watching “The Ten Commandments,” which is the norm, but I was feeling rather listless, with one eye swollen from allergies, as if  hadn’t wanted to be mowed or sidewalks blown.
The next day I did something unfortunately rare: Left work early, feeling poorly.
On the way home in my depleted state, I was sure I needed something healthy to cook and eat and restore my vigor. Beef – no, liver – would be my salvation. And an onion, like at Luby’s. No matter that I’ve attempted to cook this just once in all my years. Maybe it was chicken liver at that. I didn’t know what I would be doing, but I knew I’d have to cook it myself and that no one else would want a part of this healing measure.
So I ventured into the grocer and found kidney and chicken liver, but no calf liver. I was just about to ask a woman in the butcher department, but I could see that a shopper had pulled her over for a close conversation. I could hear some of it, but it could not make out the words. As I waited patiently, feeling so cold and undernourished, I figured it out. The shopper was speaking in tongues and had a hold of the butcher woman!
All I could think of  was, she’s speaking in tongues, and I’ll bet there’s tongue for sale on these shelves, but I can’t find the liver.
In short order, the liver was delivered to my cart, I loaded up an onion and headed to the ice cream aisle.
Sure, some ice cream always heals the sick, and I’d had my heart set on a wee carton of Häagen-Dazs coffee ice cream since my friend mentioned literally months ago that she considered herself an “ice cream snob” and preferred that brand or none at all.
So there I was, when I spotted the Magnum. You’ve seen the commercials of the pretty girl bounding over cars in a traffic jam to get to these bars. The sound effect of her teeth popping through the chocolate coating is what sells it for me. I’d never had one and so this seemed like the time.
As I was loading up the car, thinking how I was just blocks away from a hot shower and my bed, my puffy eye caught the box of ice cream bars and I thought, why wait? I got a bar, thought it reckless to eat it while driving, and proceeded to walk around the parking lot for a bit with the delicious ice cream.
Wow, I thought, so nice to be able to go home, but wouldn’t it be weird if someone saw me walking around eating ice cream when I’m supposed to be sick. At that moment, someone calls my name.
So there’s an old college friend headed into the store, who says he’s fetching chocolate to cheer his wife, as they were rear-ended in the car this weekend. He’s showing me photos on the phone of this unfortunate situation and I’m truly touched, yet have to keep licking the dripping ice cream bar in the middle of the exchange. This seems frivolous at the least.
Soon I was down to the stick, made it home, napped and got down to the liver. Nothing to it. I was feeling better with each bite when I heard on the stove that my next nourishing meal, a pot of yellow lentils, was about to boil over. I tended to that and returned to the plate of liver, then heard from the stove that the pot of lentils and decided to boil over anyway. I cleaned up a goopy yellow mess and decided the rest of the liver would be fine for later in the day.
So now there’s one more Magnum bar in the freezer for me and I’m thinking I got the almond. I still haven’t tried the original flavor that looks so good on TV. Oh, and I still have that Häagen-Dazs on my wish list.
darraghcastillo@icloud.com
Posted by The Port Arthur News at 6:05 PM No comments:

Chantell Cattell
Yes, that’s her name, Chantell Cattell. It rhymes, she points out. I met this extremely friendly person at the LogOn Café, late-night music hot spot she and her dad run. She wore her long blonde hair up in a knot. The sticks that held it together were tiny paint brushes. The café is full of art, and Cattell pointed out a Bruce Springsteen likeness by an artist who incorporates a “crazy eye” into each portrait. In addition to offering creamy Parmesan or cilantro lime dressing for your salad – or both if you can’t decide – she gets to book bands for the venue.
“I’m like a kid in a candy store,” she said.
Cattell is just another person I’ve met recently who loves what she does and makes everyone smile in the process. I just wanted to share that with you. 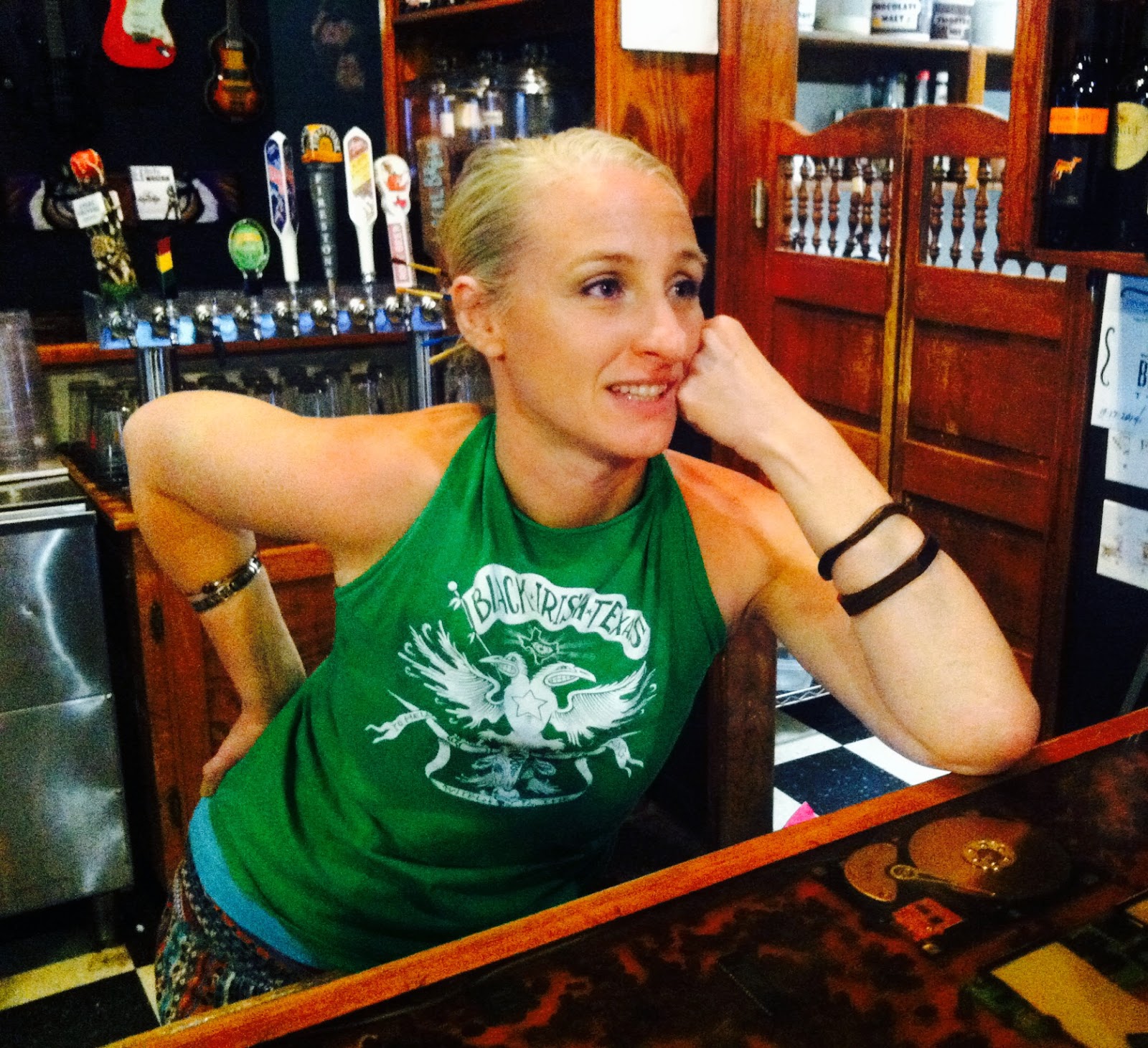 Knights of the Knippers
Barbed wire has Port Arthur ties and the use and abuse of the stuff makes up a chapter in “Six Shooters and Shifting Sands: The Wild West Life of Texas Ranger Captain Frank Jones.”
Author Bob Alexander authors this University of North Texas Press release and covers anecdotes of people waking up to a gun pointed at their faces. I’m glad the west is not so wild any longer. The snipping of barbed wire to steal cattle was an incredibly costly offense carried out by thieves referred to as Knights of the Knippers. But some in San Saba county and elsewhere weren’t too fond of the wire fences when they worked, anyway. Read the book to hear more.

“Manifest Destinations”
Opium dens, stockyards, sky scrapers and Mormons.
I just started the travel season by touring three new cities in olden times. J. Philip Gruen’s University of Oklahoma Press book is subtitled “Cities and Tourists in the Nineteenth-Century American West. He got me so excited that I augmented his book with internet searches of vintage photography and etchings.
A look at tourism marketing in Chicago, after the great fire; Salt Lake City where visitors were encouraged to inquire of the Mormon lifestyle; and San Francisco, where possibly augmented “hidden” opium dens with dubious characters were staged are aspects of this fascinating read.
Just like today, two travelers can tell different stories. Some visitors were overcome by excitement or terror at tall buildings, or the “foreign” ways of living. The irony of Chinatown is that regulations required the Chinese to live in the overcrowded area, yet tourists came to gawk at the situation. Some visitors reported filthy conditions while others raved over neat and orderly shops.
darraghcastill@icloud.com
Posted by The Port Arthur News at 10:18 AM 1 comment: