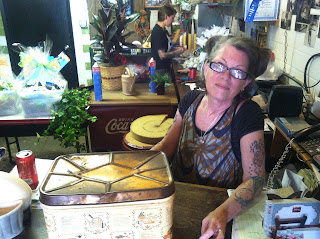 Esther Macha from The cherry Tree Florist in Port Neches told me she got a metal box full of recipes at an estate sale. Since several Port Arthur News cookbooks were inside, she thought I’d enjoy perusing them.
I did. I picked them up at the store on Port Neches Avenue. If you haven’t been down there in a while, go shopping at all the interesting shops. It’s a trip back in time, just like opening this bread box was.
Several Clarion-Ledger  “Women” sections were in the stacks. These Mid-‘70s editions featured about 20 pages heavy on recipes and club news. Consider homemade croutons for a holiday hostess gift was one tip. Top-Value stamps were one store’s premium and Falstaff Beer was just a tiny amount for a six-pack. Why pay $1.69? asked the ad.
The Bicentennial was coming up in one February section and patriotic cherry dishes were encouraged. A story focused on Dutch apple cake in these times of rising food costs. There was a reduced amount of high-cost sugar in this one.
When I was young my mother said she enjoyed reading recipe books. I considered recipes to be measures and methods. While I liked to cook and eat, I didn’t figure how she got pleasure from cookbooks. Later I realized the notes around the measures make the recipe into a story of the times, the bounty or scarcity of the ingredients and the people who season it all. These clippings told me about the writers, the shoppers and the people who would have tried these recipes decades ago. They certainly told me about the woman who saved them in a bread box.
I hope she made the great majority of them, and didn’t just save them for “someday.”
For several years I ran the News recipe contest, a happy task I inherited from Jill Hathaway who got it from Jane Covington. I saw those bylines in the clippings and then my own. In the 1995 recipe book, Janet M. Doyle is on the cover for her winning Sea-Creamed Peas recipe which featured shrimp and whipping cream.
I know several people have told me they saved the recipe books made from the yearly contest. I hope they are still creating the winners for their families and friends.
Maybe nowdays many of your recipes are gleaned from Facebook. No worries, as long as you keep cooking. The hearth is where the heart is.
darraghcastillo@icloud.com
Posted by The Port Arthur News at 5:26 PM No comments:

Adapting and being a dad 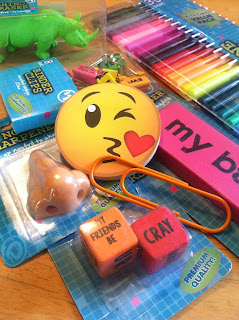